Abstract
Background. The use of orthopedic inserts to either correct true or pseudo-anisomelia or to help correct disordered body statics is a method of controlled external compensation often used in the corrective therapy of scoliosis. It has been proven that the use of orthopedic inserts to correct pseudo-anisomelia may lead to serious decompensation of the defect. These observation pertain to advanced structural distortion. The aim of this article, then, is to present a three-surface analysis of the influence of orthopedic inserts, lengthening one of the limbs, on the quality of the posture of children and youth with scoliosis. This analysis involved less advanced irregularities, which means that they had a larger component of functional changes and considerably greater corrective potential. Material and methods. The research was performed on a group of 82 children and young people ranging in age from 6 to 19 years (x = 12.0 +/- 3.1) who had the clinical symptoms of first-or second-grade scoliosis (x Cobb’s deviation = 22.8 +/- 9.5). The analysis pertained only to those children who had been advised to use leveling orthopedic inserts. The evaluation of posture was carried out twice – with and without an insert – using a computer set for testing body posture. Results. As essential connection was found between the height of the insert and the reduction of some of the first-, second-, and third-class characteristics of scoliosis. The improvement of body posture quality affected especially the frontal plane, and was accompanied by essential changes in the sagittal plane. In the transverse plane no univocally positive changes of body posture were recorded.

Abstract
The aim of the paper is to present the concept of isokinetic exercises, which was introduced by Hislop and Perrine in 1967 for the first time. No article was found in Polish literature that in consolidated way would discuss mentioned subject. Hence, in support to numerous foreign scientific reports, authors have decided to present the isokinetic exercise to Polish physiotherapists and medical doctors. Thisle et al define isokinetic exercise as dynamic muscle contraction with controlled and holded speed of movement (iso-steady kinetic-movement) performed with specific devices used to that kind of exercises. isokinetic tests are a very precise diagnostic tool that enable an estimation of degree of soft tissues damage. General use of isokinetic strength measurement in clinical practice is based on its obvious validity and reliability in qualification of state and neuromuscular function. Followers of isokinetic tests confirm that it gives possibilities of precise assessment of muscle properties as well as objectification of results. Results enable very precise diagnostic of tested muscles in different biomechanical conditions of performing movement. Tests allow functional muscle assessment through comparison of contralateral, ipsilateral work, with confrontation with corresponding data or with results in control groups. Moreover, graphical presentation of dependence between recorded parameters in every point of tested range of movement is possible. It favors isokinetics in using it to diagnostic in postinjured states of movement system. The areas of application and rules of performance isokinetic testing were described in this article. The main biomechanical parameters which are used in analysis of muscle dynamic properties were discussed additionally. 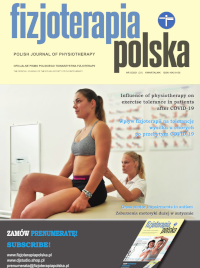