Treatment and rehabilitation procedures for patients with Guillain-Barre-Strohl syndrome

Abstract
This article presents the epidemiology and clinical picture of Guillain-Barre-Strohl Syndrome (GBS), along with a review of currently used methods of treatment and rehabilitation for patients with this disorder. A summary is provided of the current state of research on the etiopathogenesis of GBS, its clinical symptoms, and the typical course. The rehabilitation procedures appropriate for the various stages of the disease are described. There is also a presentation of the best kinesitherapeutic and physicotherapeutic methods, with particular attention to electrotherapy and the use of alternating magnetic fields.

Background. Low back pain, especially lumbosacral syndrome, is the most frequently encountered pain syndrome in musculoskeletal diseases. In many countries the question of low back pain has become a social problem. The basic task of rehabilitation teams is to make the proper choice of effective physiotherapeutic method. The goal of this study was to evaluate the analgesic effectiveness of selected combined physiotherapeutic methods in patients with low back pain. The results were analyzed for statistically significant differences correlating with the application of particular physical methods.Material and methods. 450 randomly selected patients (319 females, 131 males), age 21-79 (average age 56,53 years +/- 15,34) treated for low back pain syndrome in the Department of Medical Rehabilitation at the Łódź-Śródmieście Municipal Clinic were surveyed. Patients were divided into two groups: Group A received laser biostimulation, while Group B received interferential current instead of laser therapy. All patients studied went through a uniform, typical program of therapeutic exercises.The effectiveness of this combined therapy was evaluated on the basis of subjective pain reported on the modified Laitinen pain questionnaire, taking into account intensity, frequency, use of analgesics and motor activity. A clinical examination was also performed. Results. The investigation indicated that both selected combined physiothearapeutic methods have a measurable analgesic effect in the treatment in low back pain. However, laser therapy applied in combination with therapeutic exercises proved to have greater therapeutic efficiency for such patients compared to interferential current with therapeutic exercises, and this difference was statistically significant.

The impact of low-power laser radiation (IR, λ = 810 nm) on ATP-ASE activity and the cell membrane structure of erythrocytes

Background. The biostimulatory and therapeutic effects of laser radiation at different wavelengths, power levels, and doses are well known, but the mechanisms underlying these effects are still not completely understood. The aim of our research was to investigate the effect of laser radiation on the function and structure of the cell membranes of human erythrocytes.Material and methods. Isolated erythrocyte cell membranes were irradiated with laser light (λ = 810 nm) of varying surface density of light energy and power. The activity of Na+, K+, and Mg2+, ATPases was used as the marker characterizing structural and functional changes in the cell membrane.Results. Laser radiation of wavelength λ = 810 nm was found to change the activity of the sodium-potassium pump in the cell membrane of human erythrocytes, while the nature of the changes turned out to be dependent on the radiation energy and power dose. The results obtained also indicate that laser irradiation induces an increase of lipid bilayer fluidity. No changes were observed in such parameters as cell stability, the level of lipid peroxidation products, reduced intracellular glutathione, or reduced oxyhemoglobin level.Conclusions. Our results indicate that laser radiation of wavelength λ = 810 nm, depending on power level and energy dosage, induces structural and functional changes in the cell membranes of human erythrocytes.

Abstract
Background. There is increasing interest in photosensitizing dyes, used as effectors in photodynamic therapy and photosterilization of biological fluids. The plasma membrane of the cell appears to be the principal site of photodamage. The photohemolytic activity of the sensitizer can be used as a parameter of the dye’s photodynamic toxicity. The aim of the present study is to further characterize the mechanism(s) of cell damage caused by exposure to red laser (670 nm) emission in human erythrocytes sensitized by Zn-phthalocyanine, and to evaluate the role of different cell components in erythrocyte photostability. Material and methods. We measured the effect of various erythrocyte treatments on cell damage induced by laser irradiation: „light” and post-irradiated „dark” hemolysis, cellular glutathione oxidation, membrane lipid peroxidation, and membrane protein oxidation. Results. Laser irradiation of red blood cells sensitized by Zn-phthalocyanine caused the oxidation of membranous protein tryptophan and cysteine residues, fluidization of the membrane lipid bilayer, and lipid peroxidation. The rate of „light” hemolysis significantly increased with increasing pH from 6.8 to 8.5, and after cell membrane perturbations by alcohols or in the presence of dithiotreitol, which is thought to reduce thiol groups oxidized by photosensitization. Conclusions. Membrane lipid peroxidation, the thiol groups of membrane proteins, and intracellular glutathione oxidation do not participate in hemolysis induced by red light. Membrane band 3 proteins play a significant role in erythrocyte photostability.

Abstract
Background. The aim of this study was to investigate the effect of high – frequency continuous – wave ultrasound (1 MHz) on the haemolysis of human erythrocytes. Material and methods. Red blood cell suspensions in PBS were irradiated at 37°C for 10 min with 1 MHz continuous – wave ultrasound, using a range of intensities equivalent to those employed by ultrasonic physiotherapy equipment (0.3 – 1.5 W/cm2). Results. The temperature in the sample during sonication was measured. Erythrocyte exposure to continuous – wave ultrasound (ultrasonic intensity &gt; 0,3 W/cm2) resulted in a significant cell haemolysis, accompanied by the temperature rise (41°C for 1,5 W/cm2). However, the heat alone did not induce red blood cells haemolysis. Conclusions. This suggests that mechanical component (acoustic cavitation) is responsible for the damage to the red blood cells after ultrasound irradiation.

Abstract
Background. The aim of our research was to investigate the effect of high-frequency continuous-wave ultrasound (1 MHz) on the osmotic stability of human erythrocytes. Material and methods. Red blood cell suspensions in PBS were irradiated at 37°C for 10 min with 1 MHz continuous-wave ultrasound, using a range of intensities equivalent to those employed by ultrasonic physiotherapy equipment (0.5-1.5 W/cm2). After ultrasound exposure, the erythrocytes were incubated for 30 min in buffered NaCl solutions and osmotic hemolysis was measured. Results. Our results indicate that sonication induced an increase in the osmotic stability of human erythrocytes, especially at the ultrasonic intensity of 1.0 W/cm2. In this case a considerable increase in the critical hemolytic volume of erythrocytes was observed. Conclusions. These results point to a significant biomodulation effect of high-frequency continuous-wave ultrasound on human erythrocytes, especially at the membrane level.

Abstract
Background. In vascular smooth muscle tissue, Ca2+ signal changes in response to the occupation of G-protein-linked receptors, such as the alpha-1 adrenoceptor, is composed of two parts: the release of Ca2+ from the intracellular store, triggered by inositol 1,4,5-trisphosphate (IP3), and Ca2+ influx. Material and methods. The increase of perfusion pressure in rat tail arteries induced by norepinephrine and phenylephrine or BAY K8644 and KCl in solution with or without Ca2+ can be used as a marker of both intracellular Ca2+ release through the IP3 receptor pathway and Ca2+ influx. In order to probe the relationship between these events, we monitored the increase of perfusion pressure before and after exposition to low power laser and low dose ultrasound. The present study was also designed to investigate whether low – power laser light and low-dose ultrasound could interfere with Ca2+ influx through the Ca2+ channels and modulate intracellular Ca2+ release through different pathways in vascular smooth muscle. Phasic contractions of the rat tail artery induced by norepinephrine (NE) and phenylephrine (PHE) in Ca2+-free solution were used to mark intracellular Ca2+ release through the IP3 receptor pathway. The increases of perfusion pressure evoked by NE and PHE in Ca – solution were used as indicators of Ca2+ influx via the Ca2+ channel. BAY K 8644 in a solution containing Ca2+ was used as an indicator of indirect action on Ca2+ influx through the L-type Ca2+ channels. KCl (60mM/l) served as an indicator of activation on the Ca2+ voltage open channel. Results. NE and PHE evoked an increase in perfusion pressure of the rat tail arteries in both Ca2+-free and Ca2+ – containing solutions in a dose-dependent manner. BAY K 8644 and KCl evoked contraction of the rat tail arteries only in solution containing Ca2+. Low-dose ultrasound increased vascular responses to NE and PHE in both solutions, with or without Ca2+. Ultrasound increased perfusion pressure induced by KCL and BAY K8644 in solution with Ca2+. Low-power laser significantly attenuated the NE- and PHE-induced contractions of the rat tail arteries in solutions with or without Ca2+. Low power laser had no effect on vascular contractions induced by KCl and BAY K 8644.Conclusions. Low-intensity ultrasound significantly increased both Ca2+ influx and Ca2+ release, and increased the phasic contractions evoked by NE and PHE. Ultrasound also increased phasic contraction of the rat tail evoked by BAY K8644 and KCl in calcium solutions. Low-power laser significantly decreased vascular response to NE and PHE by inhibition of both Ca influx and IP3-dependent Ca release, but had no effect on vascular contraction induced by KCL and BAY K 8644. 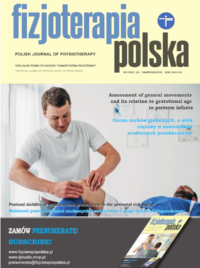